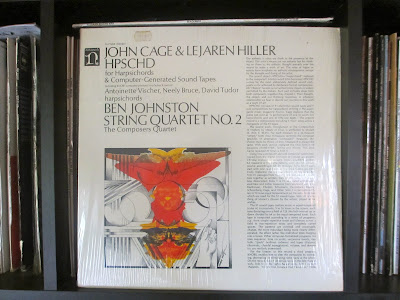 "HPSCHD (1967-1969) for harpsichords and computer generated sound tapes" by John Cage and LeJaren Hiller was made available on vinyl by Nonesuch Records in 1970. Each copy of the LP included an individually generated computer printout called "Program (Knobs) for the Listener" and consisted of a series of random numbers representing knob positions at 5 second intervals for Left Volume, Right Volume, Left Treble, Right Treble, Left Bass and Right Bass. The purpose of these numbers was to allow the listener to create their own individual performance of HPSCHD by manipulating the controls of their hi-fi pre-amplifier.

In the performance I have uploaded here I have handed the job of manipulating the knobs over to Ableton Live.

Click the HD button to watch in high definition on vimeo

I entered the 1440 different numbers at 5 second intervals into the automation lanes of an effects rack I created to produce this performance. The automation lanes in the video ,running top to bottom, are:
Left Volume, Right Volume, Left Treble, Right Treble, Left Bass and Right Bass


Audio only via soundcloud

This is a scan of the individually numbered printout of KNOBS used to generate this performance. Click to view in higher resolution.

More information about the original piece and the Nonesuch recording is available at http://en.wikipedia.org/wiki/HPSCHD

I picked this LP up recently at a country charity shop along with half a dozen other Nonesuch records of equal interest - $1.00 each and in immaculate condition. 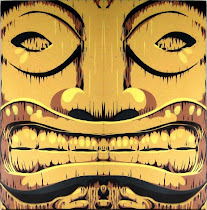